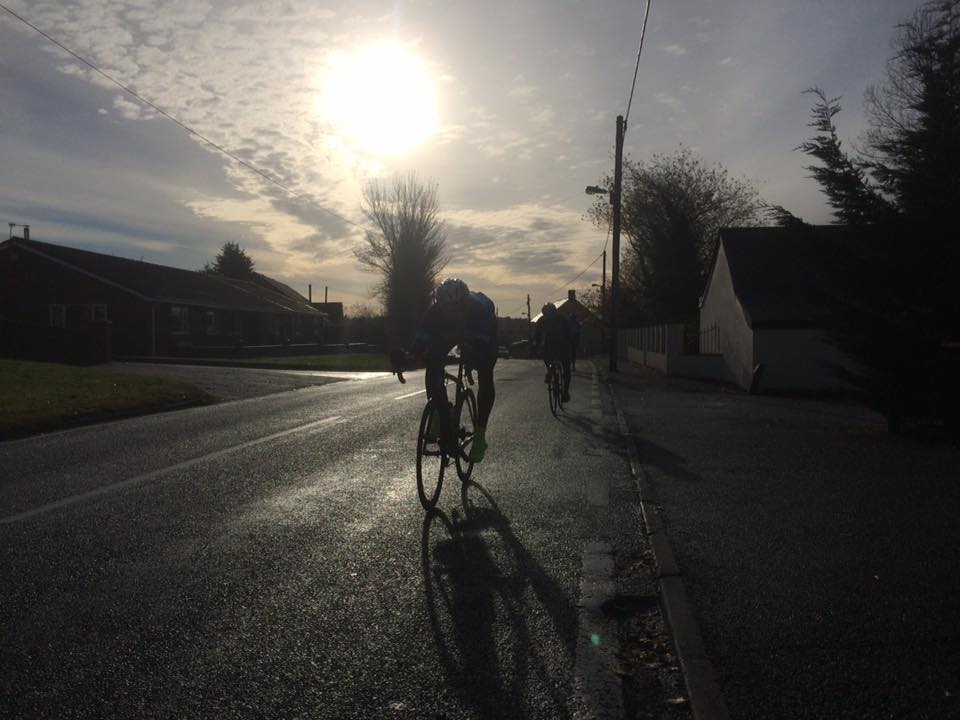 Like most amateur sports clubs there’s no doubt that it’s the competitive element which fuels its members enthusiasm bringing them back to better what they done last year, whether it’s against peers in training or representing the club through competition. The Velo is an up and coming club, having the infrastructure and the members to shape it as they see fit. Now there’s far more experienced cyclists out there but when I take a hobby up I don’t take it lightly.

Now people take up hobbies for all sorts of reasons and I’ve had a few, believe me!

For me the decision making process has a 3 stage criteria which uses the following box ticking equation:

Ok, the list could go on, but these are the slimmed down rules to getting yourself involved in something, but down the road I found something which I hadn’t considered; the simplicity of it all.

Yeah we’ve all rode around on bikes at varying levels, but keeping with the competitive thread, giving it some thought I had another revelation, that to get up to speed you just have to point your bike in the right direction and pedal as fast as you can for as long as you can or basically better than someone you want to beat. Clearly we could get all scientific but this is the basics right? Then it made sense, what you read or hear others say the other dimension is pain management; the more I can handle the faster I can go!

So that was it, the basic thought process that brought me into pedalling a bike for the purpose of competition. Now with the number of members the Velo have what can we do to give them the experience and satisfaction that I’ve had this year. It’s clear that CX has had a huge influx of new participants this year and fair play I get that the “craic’s mint” but honestly you’ve got to be solid for that stuff!

I suppose take this post how you like, but it’s basically a recruitment drive. There’s already a few including myself which made a debut into racing last year, a few have dropped off, but I’m pretty dedicated to developing this part of the club. Yes the weather’s crap, but keep at it as you’ll just regret it come the spring and another year of shattered dreams slips by.

Making a start on the plan for this year there’s two main focuses: improve and build on the successes of last season, giving riders already involved motivation and regular opportunities to develop with a focus on improving planning for events and co-ordinating teams for specific events.   The second is to help others who want to get involved, offering development opportunities and help to access racing whether it’s with training and encouragement or helping identifying suitable events.

For those who are confident in themselves and ready to go we’re planning to meet up monthly and have done two of these to date. There’s a spring training camp arranged to get 2 days of riding in, which will hopefully be to put some final training together for those beginning the road race season and give others the opportunity to develop further fitness.

For those not so confident I’ll be looking to run something similar, aimed at development and giving a taste of what would be expected fitness wise. I’m getting repetitive now but stay consistent, don’t always take the easy options and find people to ride with who can bring you on.