A good night of racing at Middlesborough seen Rhys winning the Cat 4 race, Mal coming 3rd and Dave picking up 6th. This is Dave and Rhys’s first season of racing. 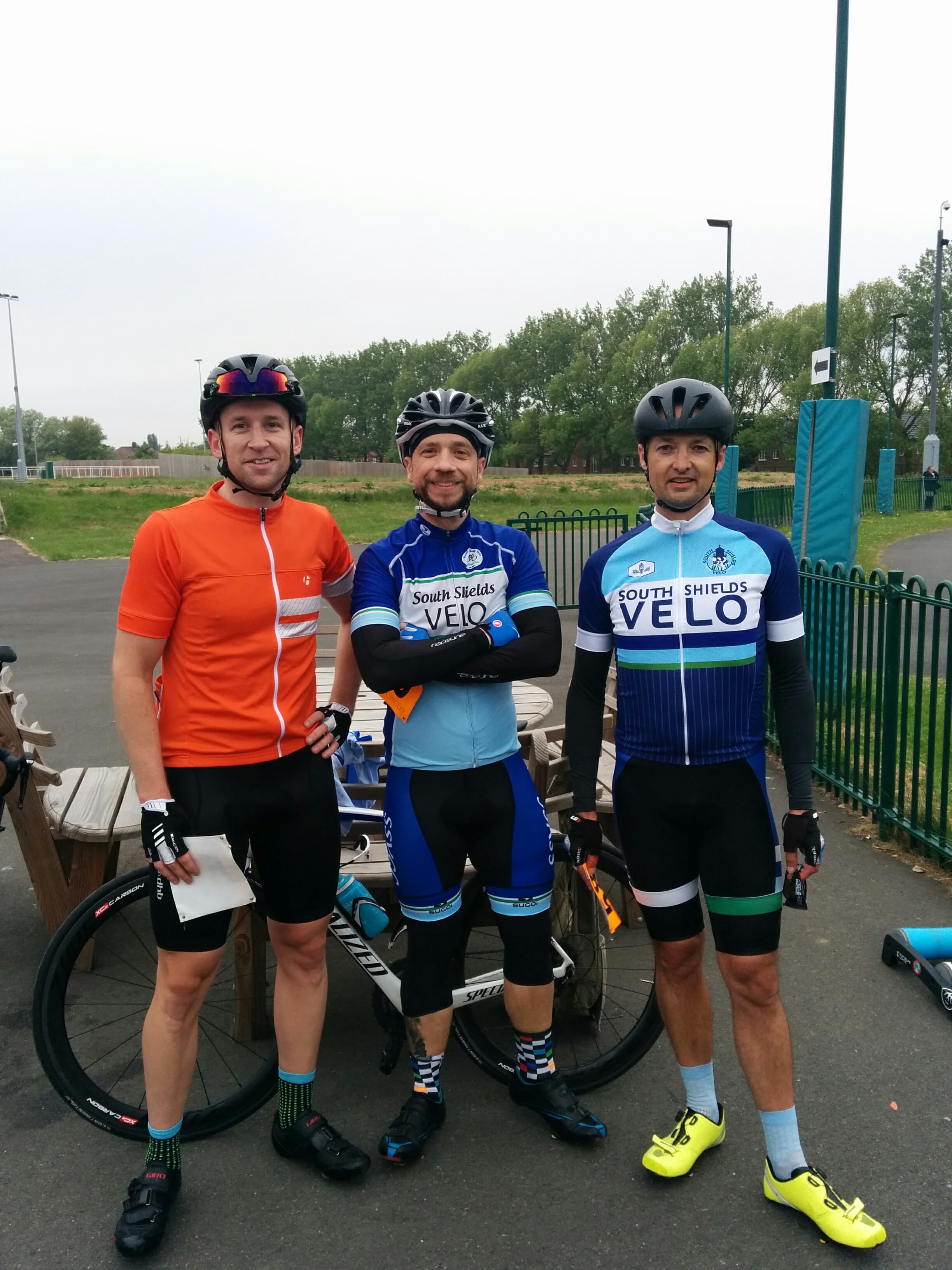 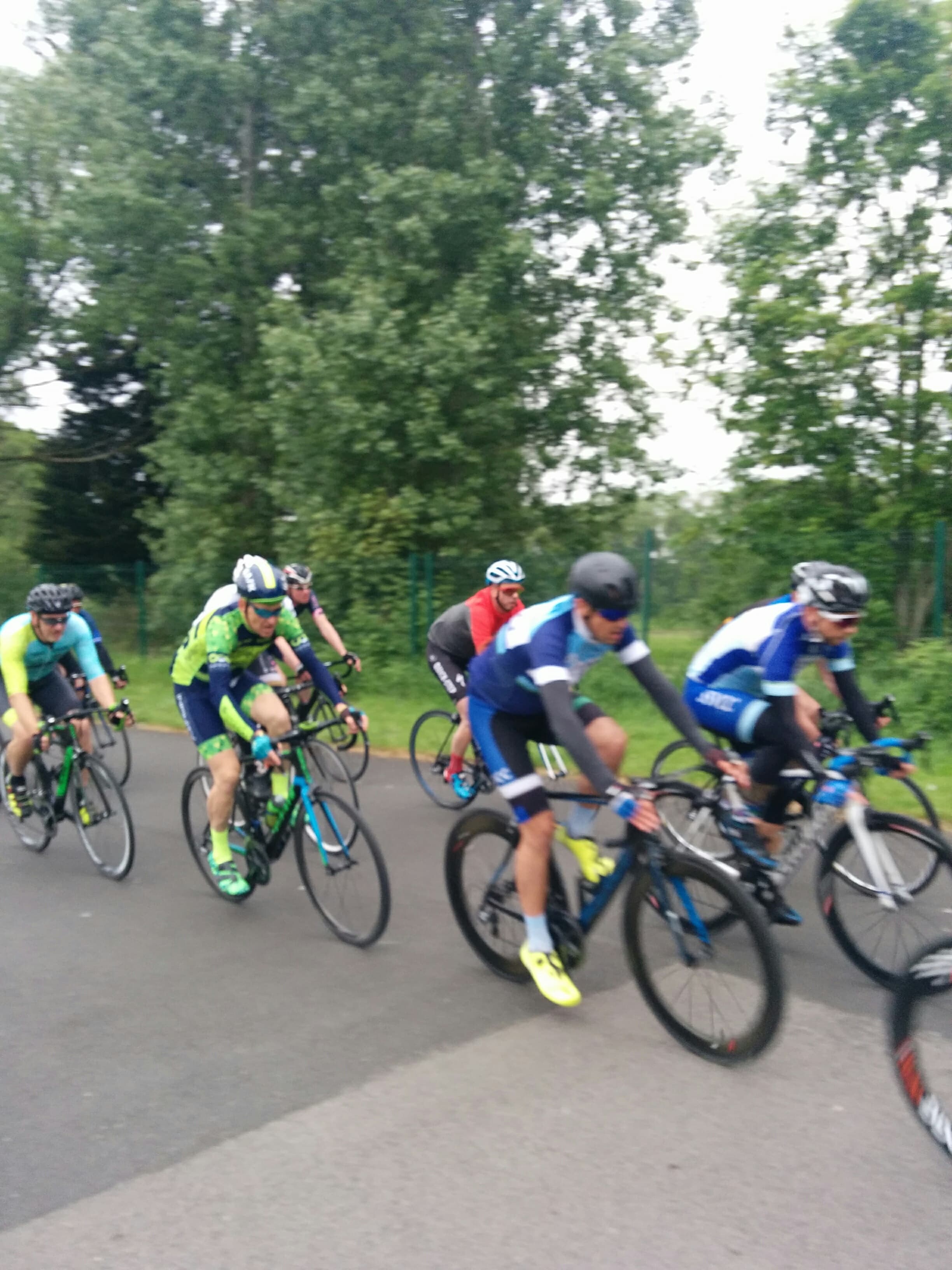 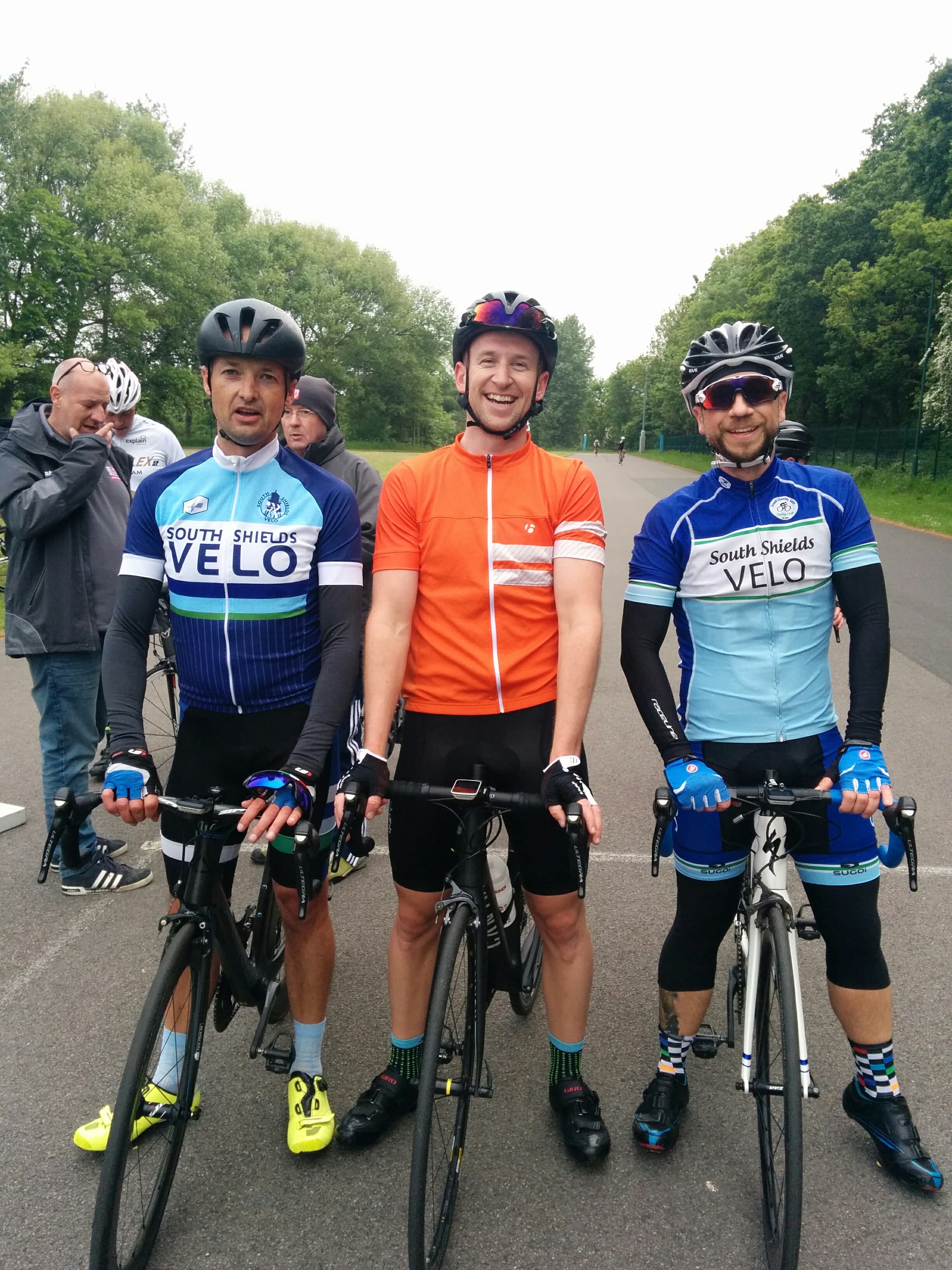 The Club was represented again at both TT’s with David Nearney riding at Barnesbury and Des Young (26.43) & Barry Hollyoak(23.47) riding Cestria; Barry must have been the quickest V60?

Sunday was the Houghton CC closed circuit event at Hetton Lyons; Gav Thompson put in a strong performance in the Cat 4 mens race, worked on the front, pushing the pace throughout, took the prime and finished 6th. Matty Sutcliffe had a good ride in the 2,3,4 but just missed out on placings from the bunch sprint.

David Nearney, Graham Wardale and Graeme Kirton Headed over the Cumbria to Race the Westmoreland Tankard, which was a hot, hilly 40 miler, conditions caused damage early on and shelled riders out of the main group. Graham Wardale put on his usual display of attacking hills, which secured 9th place and prime. 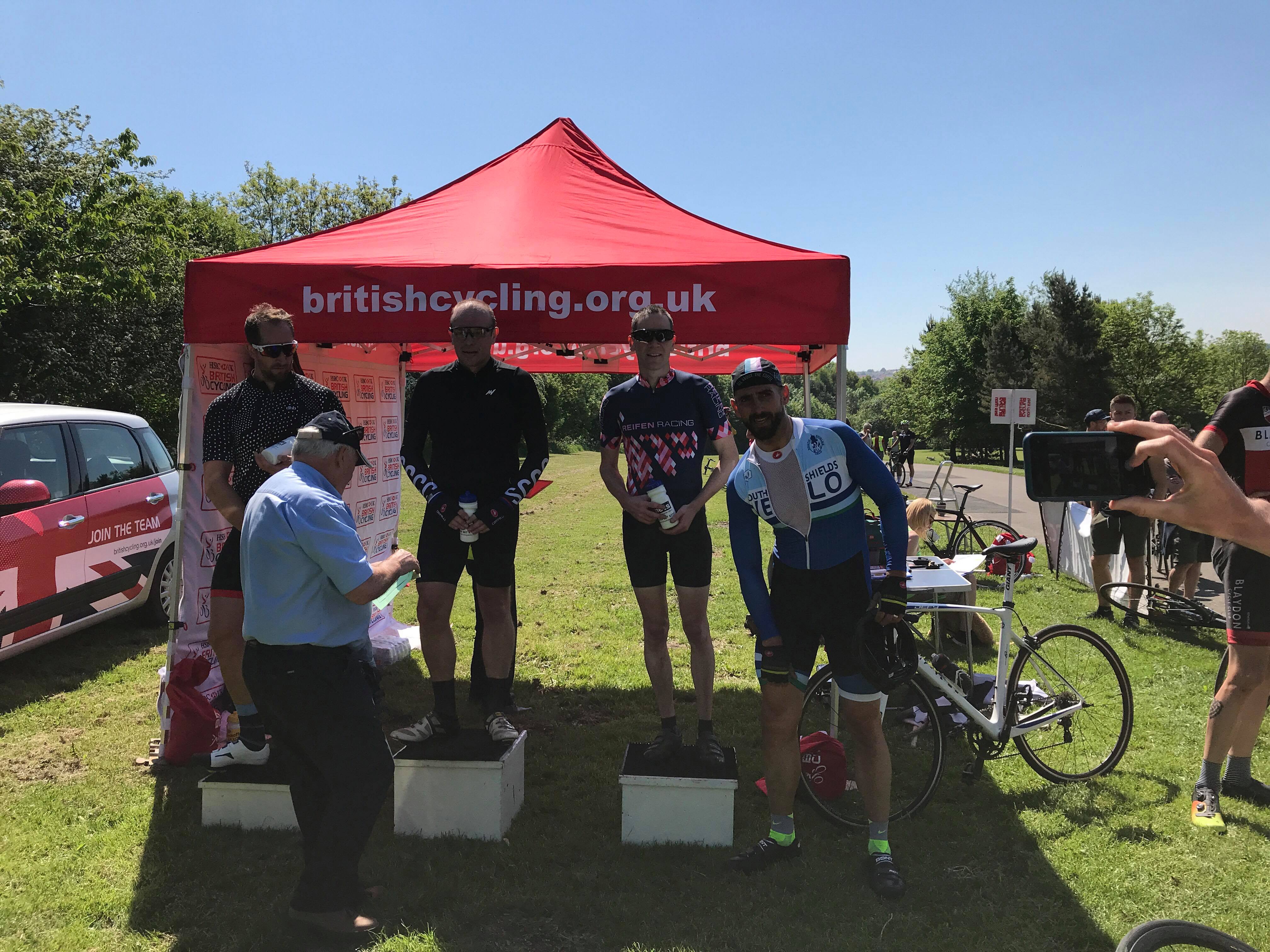